Electrodermal Screening Provides Physicians With Another Tool for Testing and Diagnosis

Keep Your Brain Healthy, Fit and Safe for a Longer, Better Life 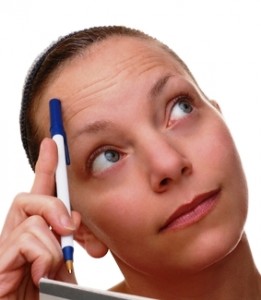 Every move you make, everything thought and feeling that you have and essentially everything that you are as a person depends on the three pounds or so of water, fats and proteins sitting atop your body – your brain. Given the importance of this most vital of organs, brain health sometimes seems to get disproportionately little attention compared to some “trouble spots” of the body such as the heart, the thyroid, the liver and even the colon.

But there are good reasons to take special care of your brain. Maintaining a healthy and fit brain contributes to longevity, and it also makes for a higher quality of life. Helping your brain to do its job well can pay off in greater mental agility, better memory, improved mood and more creativity.

Because so much of our sense of self comes from brain processes such as thought, memory and awareness, impaired brain function has an entirely different kind of impact than deterioration of tissues like muscle and bone. In the United States, dementia is one of the greatest health concerns among adults, second only to cancer, according to a recent survey conducted in part by the Harvard University School of Public Health and cited in the January issue of Psychology Today. People are frightened by the prospect of a living the last decade or two of their lives with a mind ravaged by Alzheimer’s disease.

As with most medical concerns, the naturopathic emphasis on ongoing health and prevention is an approach that works well for the brain. Caring for your brain and nervous system throughout life makes more sense than trying to belatedly fix problems caused by decades of poor maintenance and self-inflicted damage.

Brain care begins in the womb, during the crucial weeks in which a baby’s nervous system is forming. Pregnant women should eat a healthy, balanced diet and stay hydrated with pure water that’s free of heavy metal contamination. Heavy metals can cause serious damage to developing brains. Discoveries about the role of folic acid in the development of fetal neural tissues make it clear that it’s critical for pregnant women to eat foods that supply folic acid, such as citrus fruits and their juices, leafy green vegetables, asparagus, broccoli, sunflower seeds, kidney beans, avocado and tomato juice. Omega-3 fatty acids help the developing brain just as they support brain health later in life. Eating oily fish like salmon supplies omega-3s, but some fish that are high in omega-3s such as swordfish may contain unsafe levels of the heavy metal mercury, and should be avoided by pregnant women.

From childhood onward, the human brain continues to benefit from a healthy diet that’s low in fats and sugars. High blood sugar and obesity both correlate with poor brain health, including Alzheimer’s disease. Foods that are good for the adult brain include almonds and walnuts, blueberries, strawberries, grapefruit and spinach. And research continues to show the benefits for the brain of a diet high in omega-3s from fish or fish oil supplements. The latest such study was just released at the end of February by the UCLA Easton Center for Alzheimer’s Disease Research. Among a group of more than 1,500 people with an average age of 67 years, researchers found that those with the lowest blood levels of omega-3s tended to have smaller brains and did more poorly on tests of memory and abstract reasoning.

Good hydration is important throughout life because the nervous system needs proper level of fluids to function. The brain and other nerve cells do their jobs by transmitting electrical impulses, something they can’t do efficiently when its tissues are deprived of water. Even small amounts of dehydration can result in noticeable impairments to brain functioning.

Smoking, drug abuse and excessive alcohol use are all very harmful to the brain. While the most recent research has overturned the old idea that the brain does not change and repair itself once we enter adulthood, the brain you have now for the most part is the same brain that you’ll have into old age. Do everything you can to avoid damaging it.

Along with the right foods and the right amount of water, it’s crucial to give your brain adequate sleep. Physical exercise and overall physical fitness benefit the brain, as do stress reduction techniques and maintaining a positive mental outlook.

For more than a decade, the general public and some scientists have speculated that there could be a link between cell phone use and brain cancer, but to date there’s no conclusive evidence to date that cell phones can cause cancer. Of course, there may be other reasons why you should restrict the number of minutes you spend attached to your cell phone, such as reducing the risk of a car accident – and a possible traumatic brain injury – by avoiding talking while driving.

The human brain requires an additional kind of “exercise” to maintain peak functioning. Challenging you brain with puzzles, problem-solving exercises and creative activities keep it in shape to perform its daily tasks of thinking, reasoning, concentrating and storing information. More and more studies have showing that even video games, often maligned as “mindless entertainment,” can build neural circuits that improve brain functioning. Although excessive or compulsive gaming has physical and emotional downsides, gaming in moderation can improve decision-making speed, build hand-eye coordination, improve creativity and perception and improve a person’s ability to focus on multiple things at once.